What is periodontal disease? 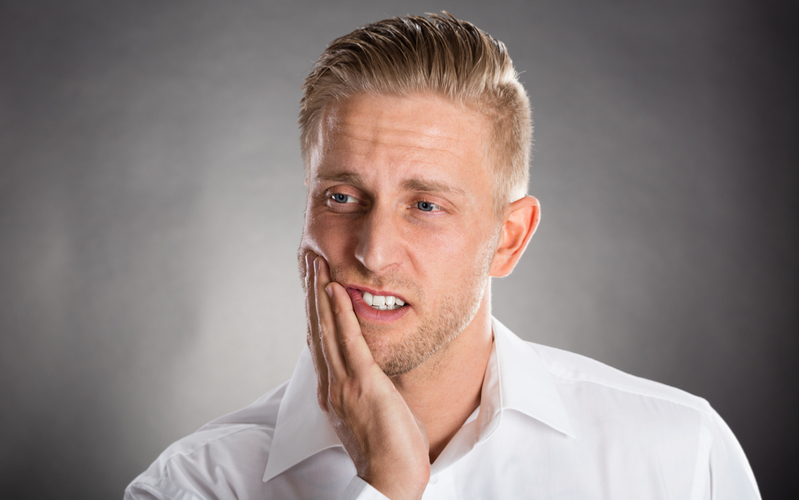 Periodontal disease is quite common in the United States. In fact, there are an estimated three million people in the U.S. who suffer from this disease. Periodontal disease must be diagnosed by a professional and is not something that you should try to treat at home. People who have periodontal disease should get to the dentist as soon as possible to begin healing.

What is periodontal disease?

Simply put, periodontal disease is a persistent infection of the tissues in the mouth, including the gums and teeth. Over time this disease can progress into the jaw bone. As a result, those in more advanced stages of the disease will experience a horrible stench in their breath, teeth that fall out, and bleeding gums.

What are the stages of periodontal disease?

Periodontal disease occurs in three stages. The latter two stages are the worst, however, if caught early in the first stage you can reverse the disease.

In the first stage, which is typically brought on by poor oral hygiene, the gums are red and bleeding. This is because the overgrowth of bacteria in the mouth causes the gums to loosen where they should be tight around your teeth.

Once a person progresses to the second stage of the disease this is known as having periodontitis. At this point the disease cannot be reversed, however, it can be managed and prevented from not progressing. The decay in this stage is typically the result of food getting stuck in pockets that have formed in the gums due to the loosening that occurred in the first stage.

To treat this stage we usually do a scaling and root planing treatment, which removes bacteria down to the dentin. Once this is completed the patient needs to stick to a solid oral hygiene routine that includes brushing twice a day, flossing daily, and getting cleanings twice a year.

The third and final stage of periodontal disease is also called advanced periodontitis. This stage is the worst and costs the most to treat. This is because a person’s teeth are usually falling out, there’s extreme bone loss that requires bone grafts to treat, and prosthetics like dentures or implants.

The best way to prevent periodontal disease is to start by maintaining a healthy lifestyle. Brush regularly, floss, and see Dr. Laudie for twice yearly cleanings. This allows us to monitor your oral health and take note of any changes before they advance too far.

Give us a call to schedule your cleaning or an exam. These are an important part of ensuring your mouth is in the best health possible.

Periodontic therapy is used to treat microbial infections of the teeth. When bacteria and plaque are allowed to accumulate beneath the gums, the result can be painful inflammation, bleeding, receding gums, bone loss, and even tooth loss. Fortunately, there are various options available to help treat and prevent bacterial accumulations within and around the teeth and gums – all of which are used with the goal of preserving as much of the natural tooth structure as possible.

When plaque and bacteria accumulate along the gum line, it can lead to inflammation. Over time, the bacteria may move beneath the gums, causing the gum tissue to recede or pull away from the teeth. This condition – known as periodontal disease – can be treated through a process called scaling and root planning.

Scaling and root planing is a non-surgical professional cleaning beneath the gums and along the gum line. During the procedure, a local anesthetic may be administered for your comfort. The first phase of the treatment – scaling – involves the removal of all plaque and tartar from the teeth and any affected surfaces beneath the gums. Next, the root surfaces are polished and smoothed (planing) to prevent recurrences of plaque and bacteria accumulation in the future.

Following the procedure, the gums should begin to heal and reattach to the teeth, closing the gaps that once existed between the gum tissue and the teeth. In many cases, scaling and root planing is enough to successfully treat periodontal disease, although severe cases may require additional intervention.

A prescription mouth rinse can help prevent bacteria accumulation along the gum line by suppressing microbial growth. Antiseptic mouthwashes may be used at home or applied in the office depending on the areas of concern and the type of medicated mouthwash being prescribed. Prescription mouth rinses can include different types of active ingredients, some of which include chlorhexidine, povodine iodine, and sodium hypochloride. It is important to note, however, that mouth rinses only work above the surface of the gums. They are often used to irrigate pockets between the gums and teeth, as well as to prevent recurring infections.

Localized antibiotics are sometimes used to treat periodontal infections in areas that have proved difficult to treat or that have not sufficiently responded to other treatment methods. For example, a patient who has undergone scaling and root planing may continue to have recurring infections in ‘problem areas’. In these cases, a dentist may prescribe localized antibiotic therapy, which involves the topical application of antibiotic medication.

A localized antibiotic – usually tetracycline – must be applied by a professional, as the treatment sites are often located in difficult-to reach areas. Before the antibiotics are applied, the treatment area is thoroughly cleaned. This allows the antibiotic to reach the infection site and stop the progression of inflammation and bone loss. In some cases, localized antibiotics can even facilitate the healing of diseased tissues, helping to reverse some of the effects periodontal disease may have had on the gums.

Waterpik is an innovative technology that makes flossing simple and effective. It takes only a minute, but it can quickly and easily remove plaque and bacteria between the teeth and along the gum line by projecting a fine, pressurized stream of water directly into hard-to-reach areas that are often susceptible to microbial infection. Lab studies have shown that Waterpik removes up to 99.9 percent of plaque from the teeth.

Waterpik may be recommended to help maintain tooth and gum health following periodontal treatment. It may also be recommended as a means of improving upon an existing oral health routine and preventing an initial periodontal infection from occurring.