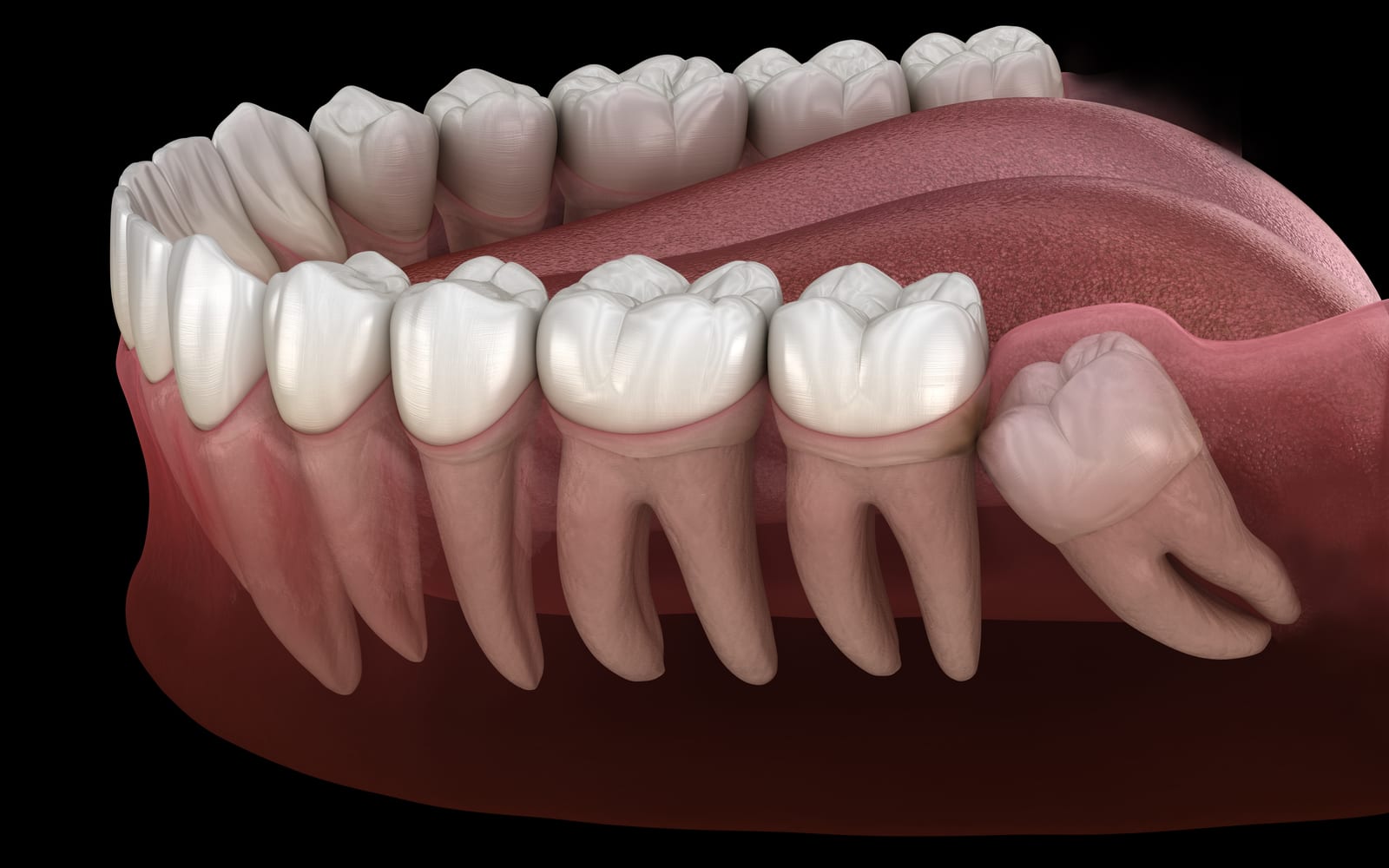 Wisdom teeth used to play an important role in making sure that we were able to get the nutrition we need from hard, difficult to chew foods. As the human mouth, and diet, have continued to develop so have our mouth’s adapted with them. One result of this adaptation is the shrinking of our mouths and the loss of need for our wisdom teeth. While a vestigial element of our oral development, almost 50% of all dental patients will have to deal with them at some point in their lives. In most cases this will require an extraction as the tooth becomes impacted and potentially damaging nearby teeth.

The Types Of Wisdom Tooth Impaction

While they are all covered broadly under the term ‘impaction’, there are actually four separate types of wisdom tooth impaction. Each type describes the position of the wisdom tooth and the angle at which it is attempting to erupt. Below we’ll discuss each of the four types.

If you’re experiencing oral pain that you think may be associated with impacted wisdom teeth, schedule an appointment at Summit Dental today. You’ll be scheduled for an appointment with Dr. Brian Schowengerdt at out office in Lees Summit, MO. During your appointment you’ll undergo a standard exam followed by a consultation discussing what steps are available for treating your oral pain.